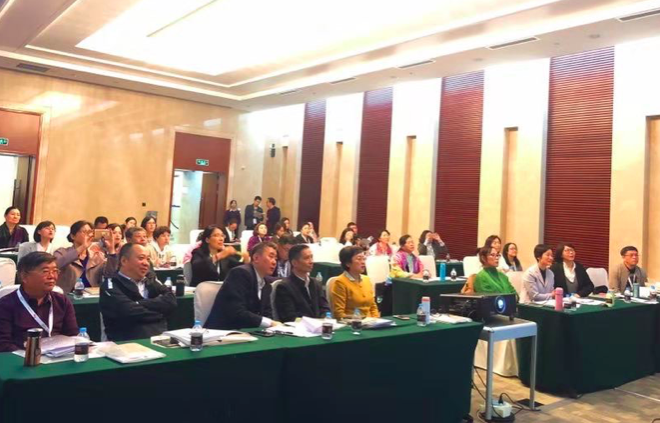 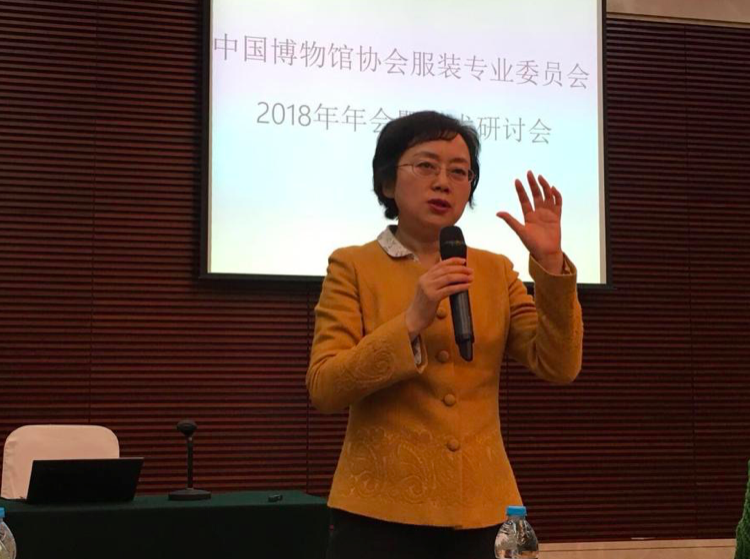 Researcher Yang Yuan made a summary of the work 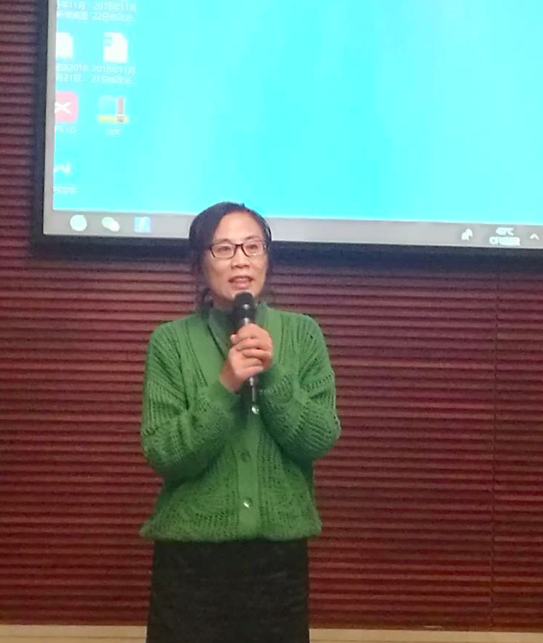 Qi Chunying is the academic director 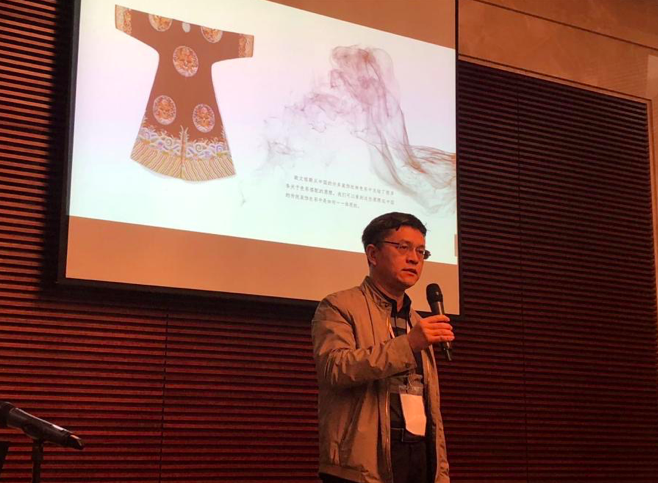 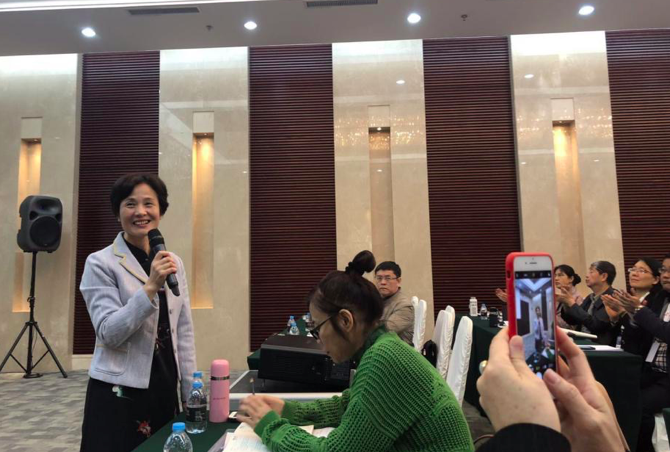 Researcher Xue Yan made a summary of the meeting 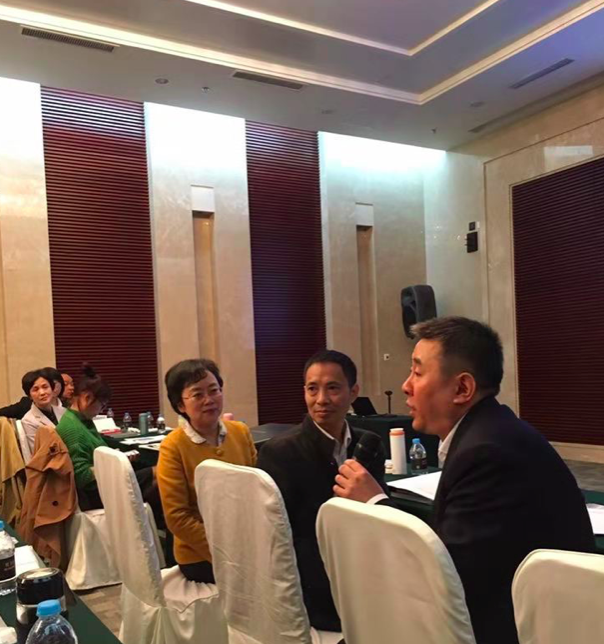 Deputy Director General Jin Ruiguo attended the seminar, during which he expounded the historical and cultural value of Chinese traditional costumes and affirmed the significance of the development of the Professional Committee of the Museum of Costume. Clothing museum professional committee to study the Chinese clothing silk embroideries, protection, innovation as its mission, to dig the profundity of Chinese costume culture resources and rich form as the goal, to explore how to make use of costume culture resources to promote the development of museum cultural products, for the protection, research and development of our country clothing silk embroideries made positive contributions. Director General Jin hoped that the Special Committee of the Museum of Fashion would continue to give full play to its academic advantages, adapt to the situation, focus on the overall situation, strive to consolidate the work foundation and give full play to the professional leading role of the Special Committee of Fashion Museum.

Dozen experts and scholars around the meeting "the present situation and development trend of new era apparel museum" theme spoke, with guangxi folk culture and art research institute han-chang liang "in the" cultural chain "of zhuang traditional textile technology - GuYue culture art village practice, for example, guangxi ethnic miao miao fan museum" zhuang clothing embroidery and its functions in interpretation and Huang Xiaowen museum education activity instance analysis, the museum of Chinese women and children Lv Meng the inheritance and the fresh air, yunnan chuxiong yi dress not genetic bearing WenHaoDong yi's traditional costume appreciation of the People's Republic of China, Red pavilion, the Chinese dress brand founder Deng Liyuan shallow of the color of the burden of Chinese costume culture and the bearing, jiangsu engineering professional technology institute zhang lei "from his beard needle method using the case analysis of qi needle is mostly used in the real objects of suzhou embroidery, yunnan chuxiong yi nationality autonomous prefecture museum Su Hui yunnan chuxiong yi costume tests, sichuan museum Peng Daiqun" of the museum's collection resource utilization ", the central university for nationalities QiChunYing costume culture inheritance and development of ethnic minorities in China, and clothing expert Yang Yuan the inheritance and - talk about the protection of ethnic brocade of tujia brocade, for example, such as, experts and scholars from their respective professional perspective, This paper expounds the exploration and innovation of the traditional weaving and embroidery culture, the excavation and protection of the traditional costumes of the minorities, the new discovery of the display of the costumes artworks in the museum and the new development and new opportunities of the costume museums in the new era. The speech of the experts and scholars has a lot of inspiration for the participants to further understand the far-reaching significance of the conference theme. 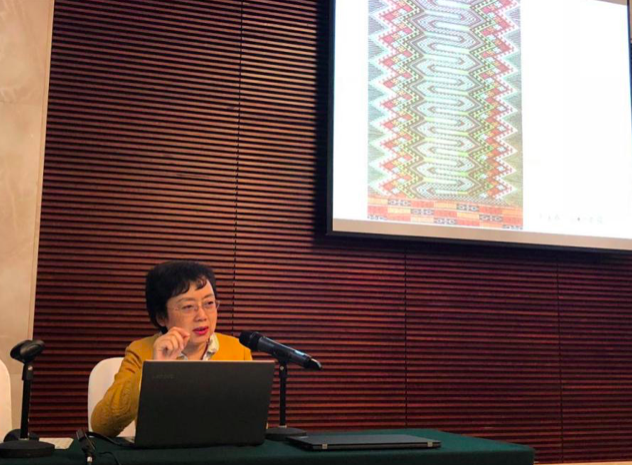 Prof. Yang Yuan made a speech 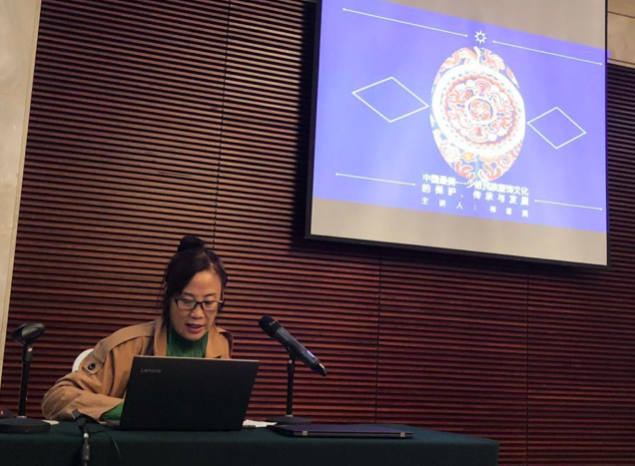 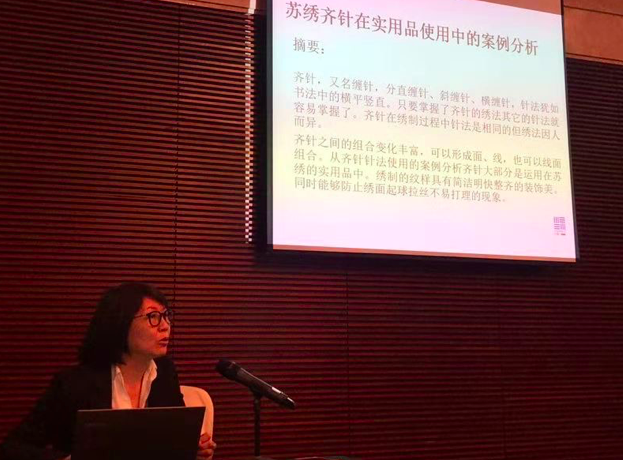 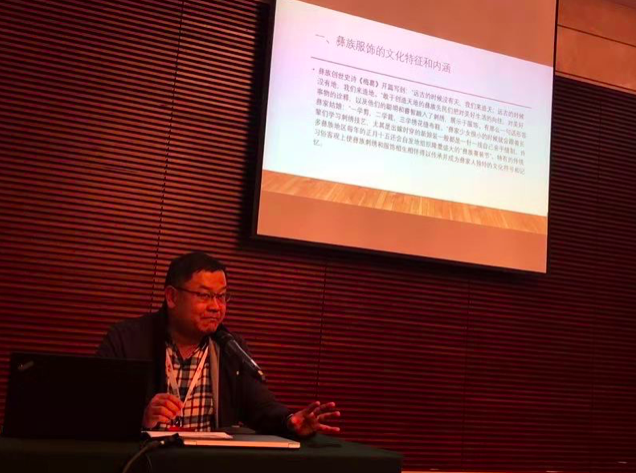 Prof. Su Hui made a speech 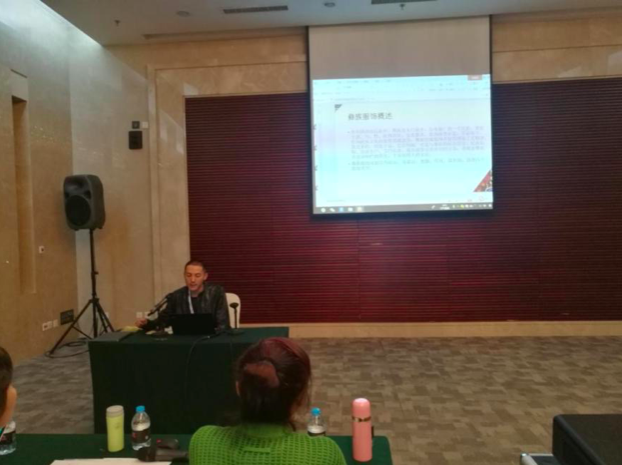 Participants from more than a dozen provinces, including provincial, prefectural and municipal museums, professional scholars in universities, young fashion designers, collectors, as well as scholars from overseas universities also actively participated in the meeting and spoke enthusiastically. The holding of the conference promoted the cooperation among the national costume museums and set up a good platform for the delegates to study and cooperate. Focusing on the theme and based on rich and detailed content, this conference is an efficient, pragmatic and fruitful one. Everybody said, as wenbo workers, to further implement the jinping new era the ideas of socialism with Chinese characteristics and the party's 19 big spirit, from the firm of Chinese civilization, the transmission of cultural self-confidence, realizing the great rejuvenation of the Chinese nation the Chinese dream of a strategic height, to improve Chinese clothing treasure of digging, protection and utilization of resources, the implementation of the reform of strengthening the protection of cultural relics of several opinions of the relevant spirit of working hard to blaze a trail in accordance with the situation of our country clothing development way.